The new headquarters of Funke Mediengruppe in Essen encompasses three buildings with approx. 37,000 m² for 1,200 employees. In addition to orientation, it was important to Funke to create opportunities for employees to identify with the company. This was accomplished through the use of photos depicting employees from all of Funke’s areas of activity. To realise the photos as timelessly and uniquely as possible, the halftone dots were replaced by type. For that purpose, software was modified so that the images could be assembled from Funke Mediengruppe journalistic texts about key events in world history. Consequently, the effect when viewed from a distance is that of the photos. When standing at the centre points right in front of the walls, however, the effect is that of ornamental typography and one can read the texts. 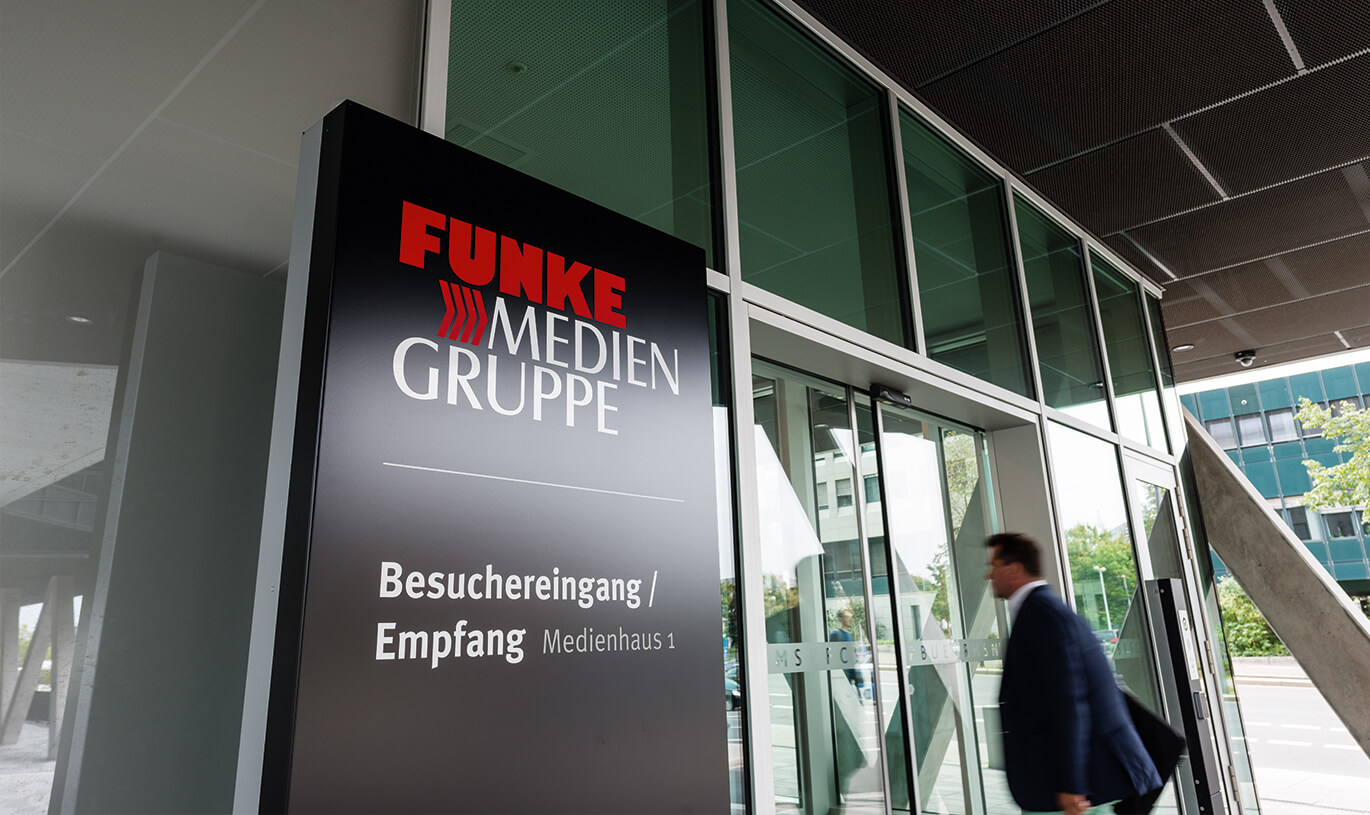 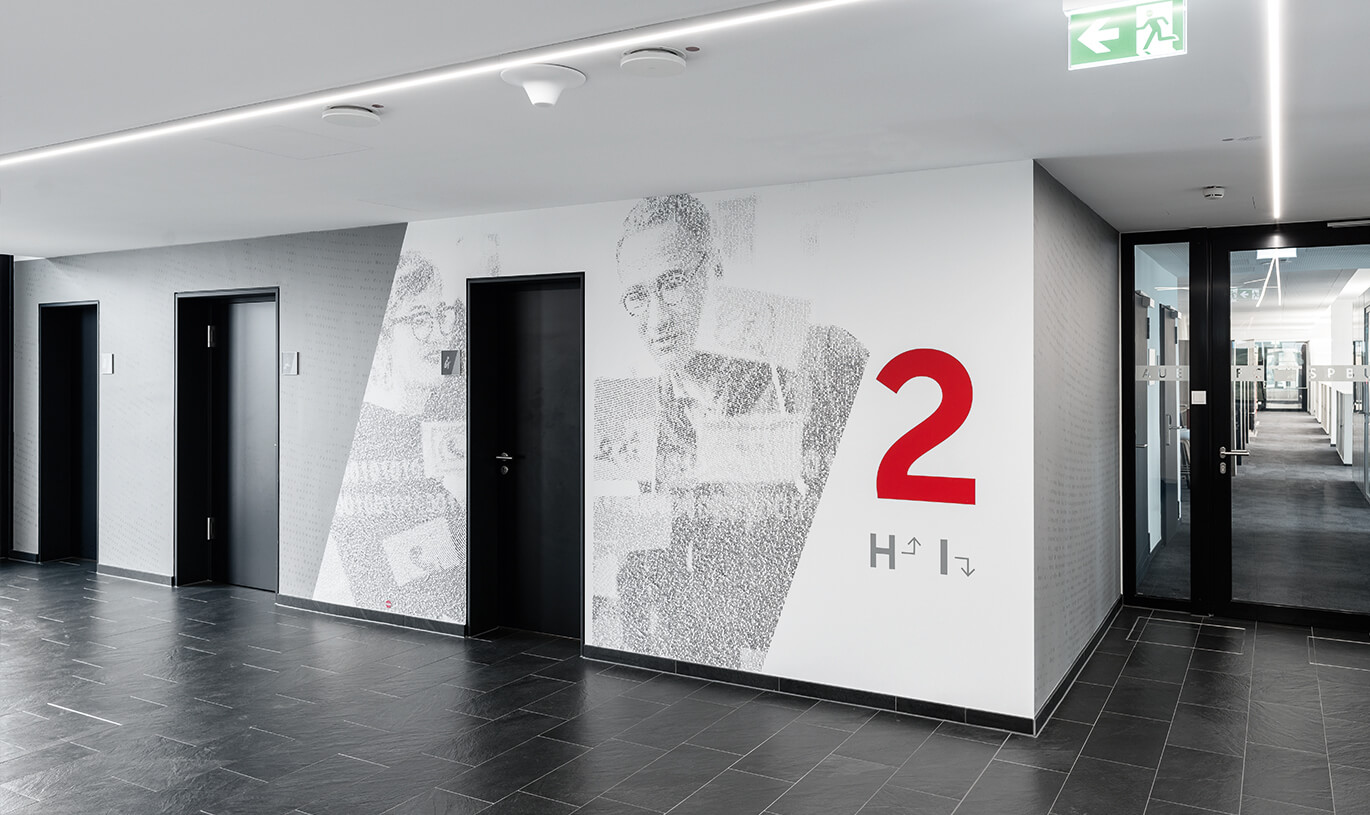 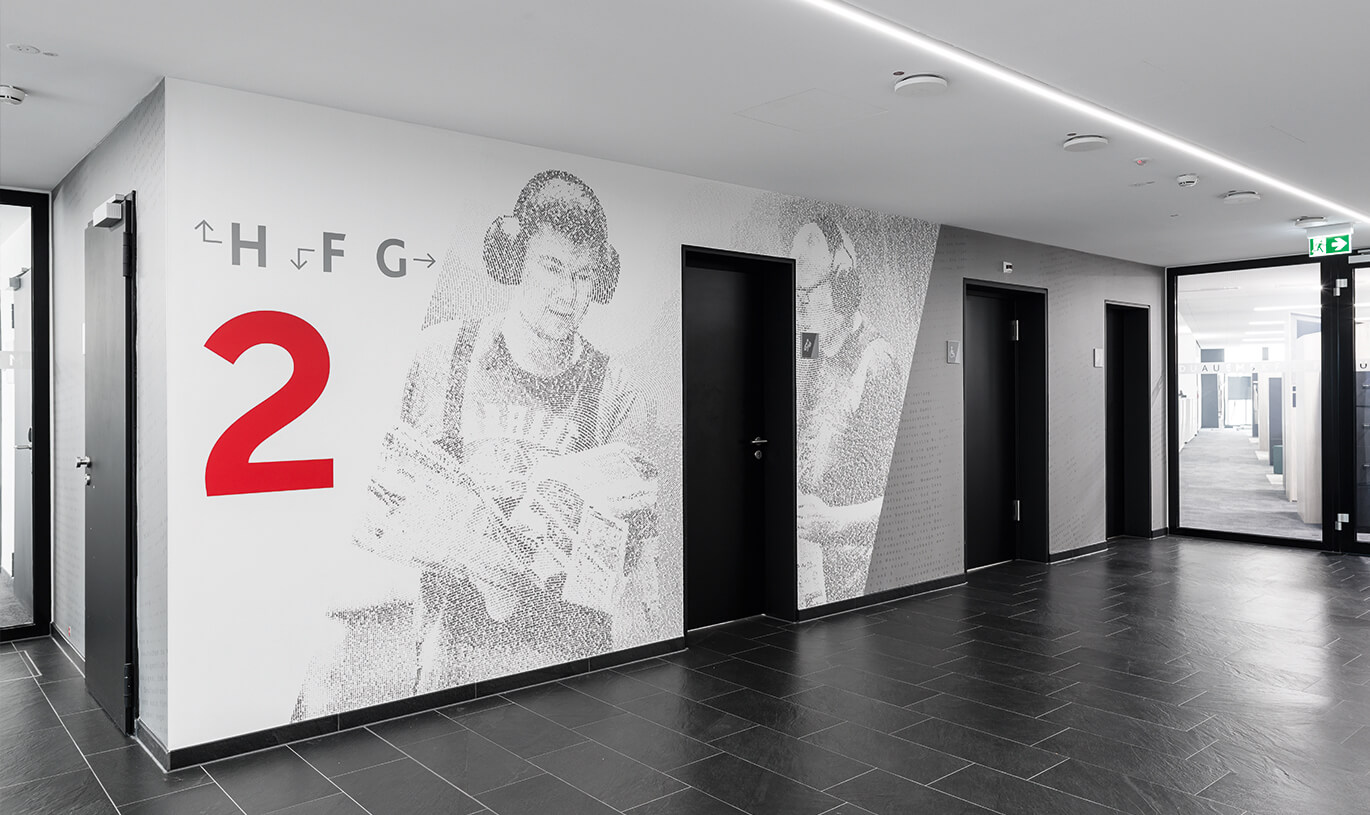 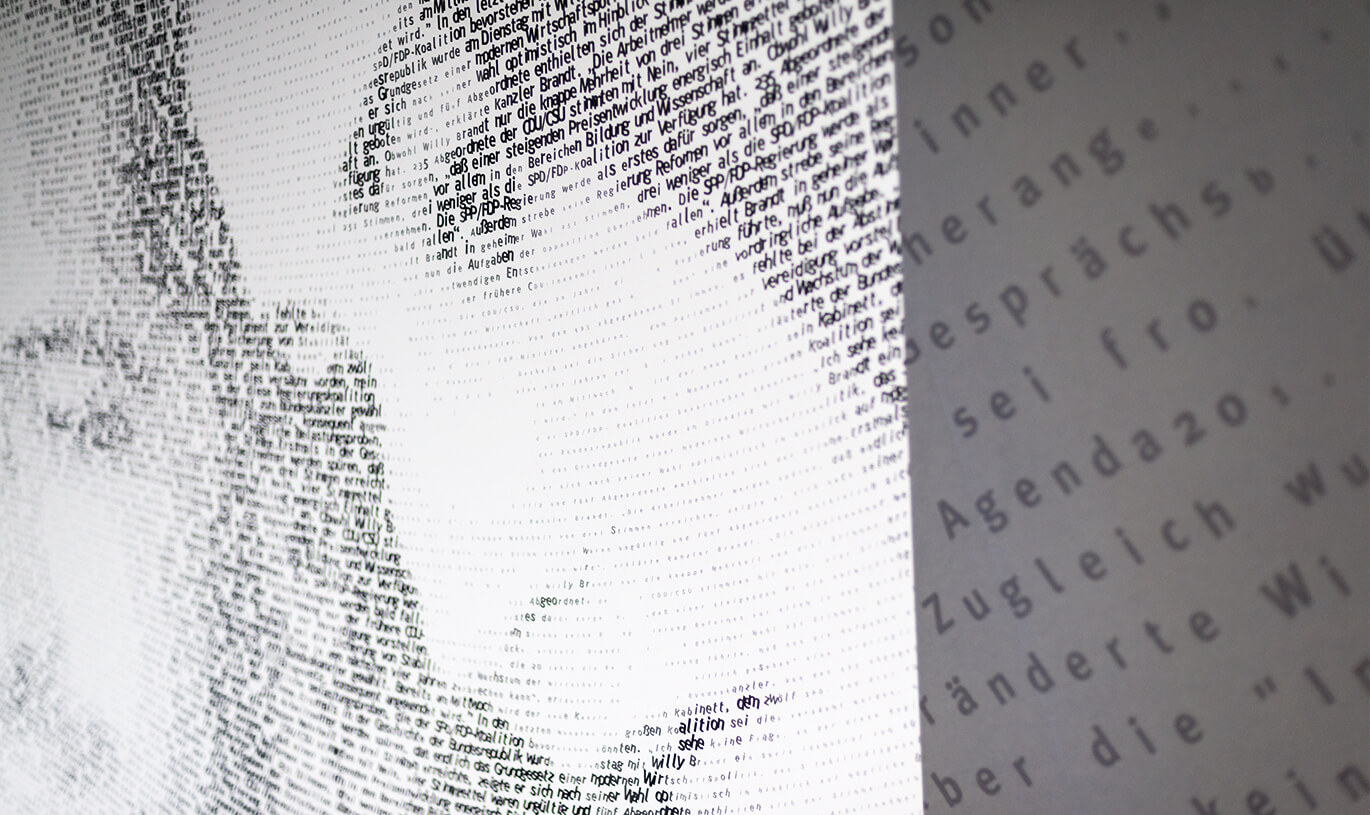 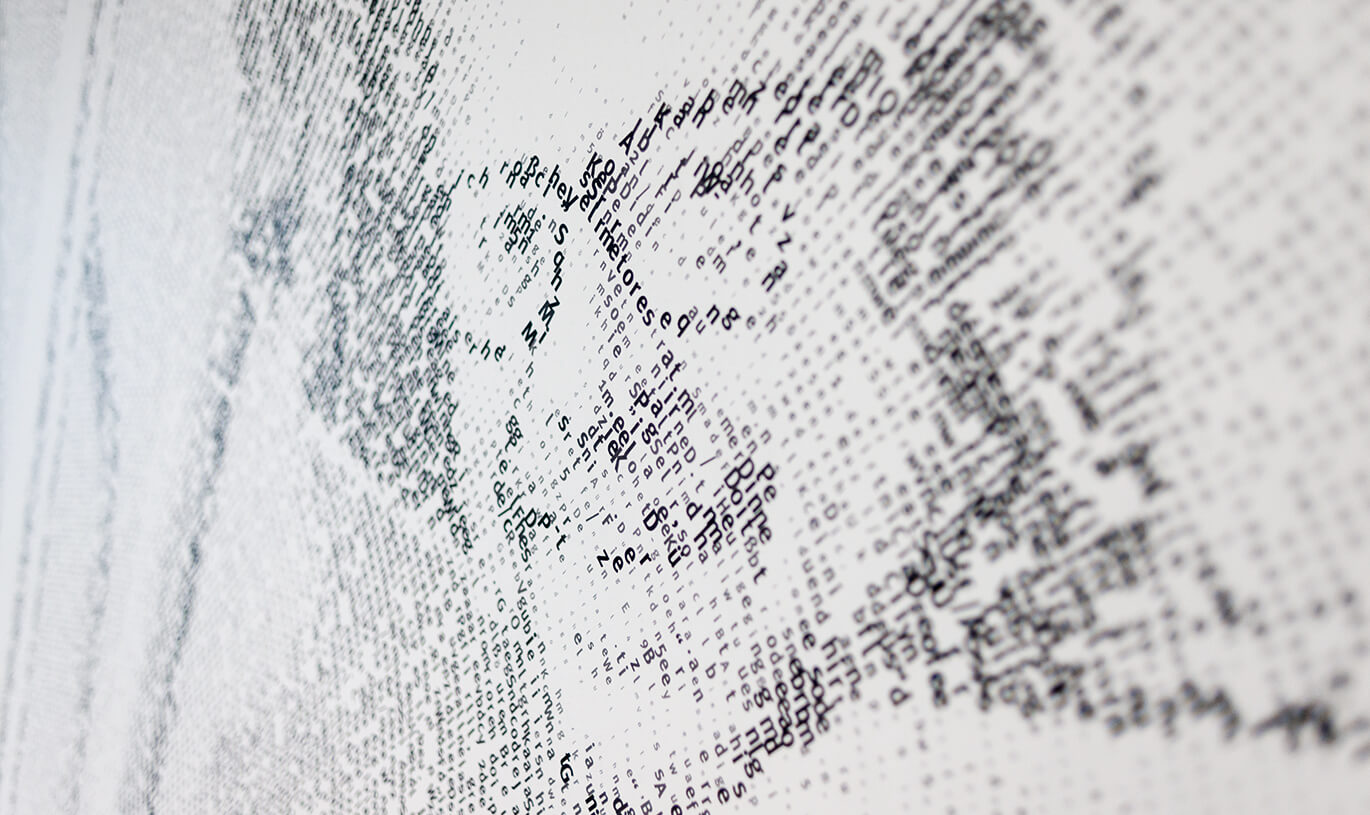 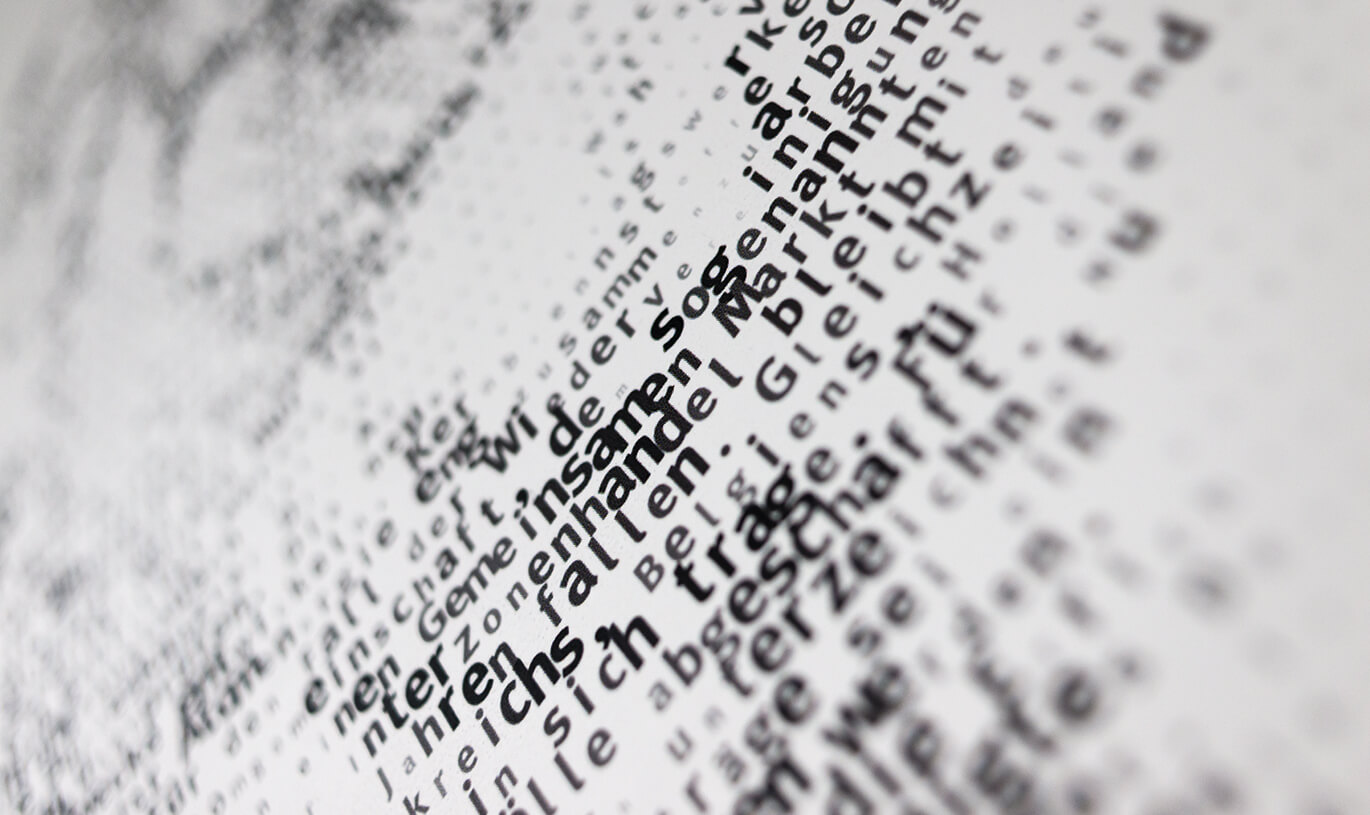 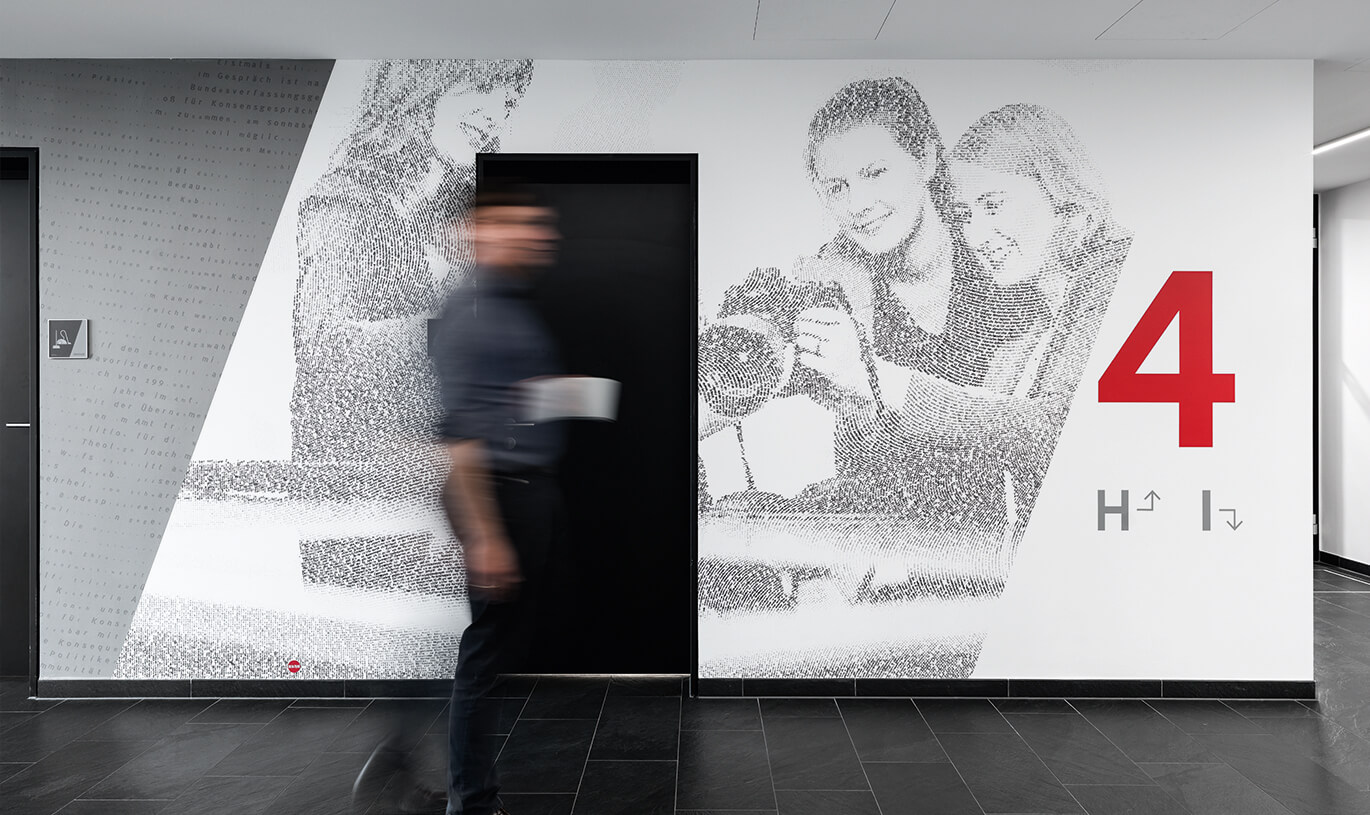 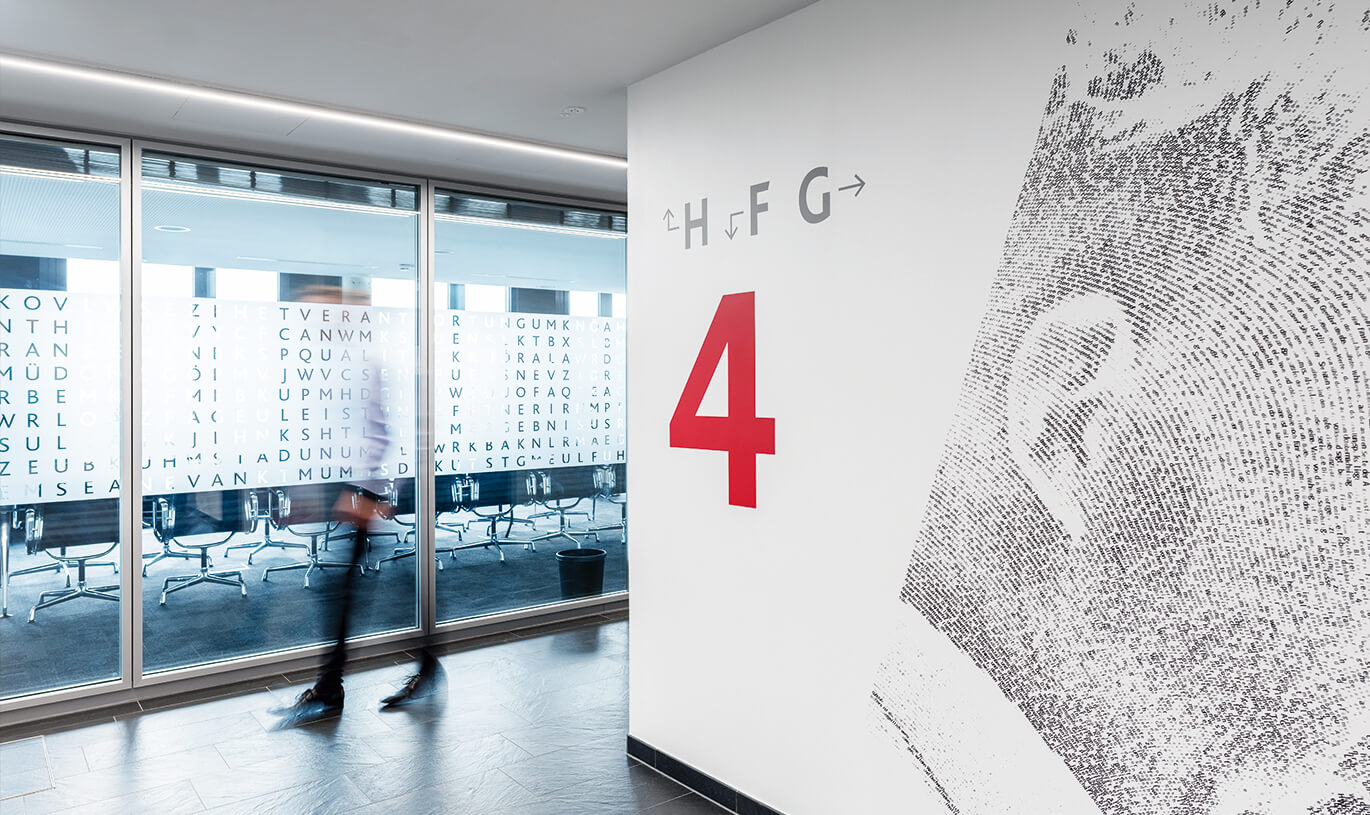 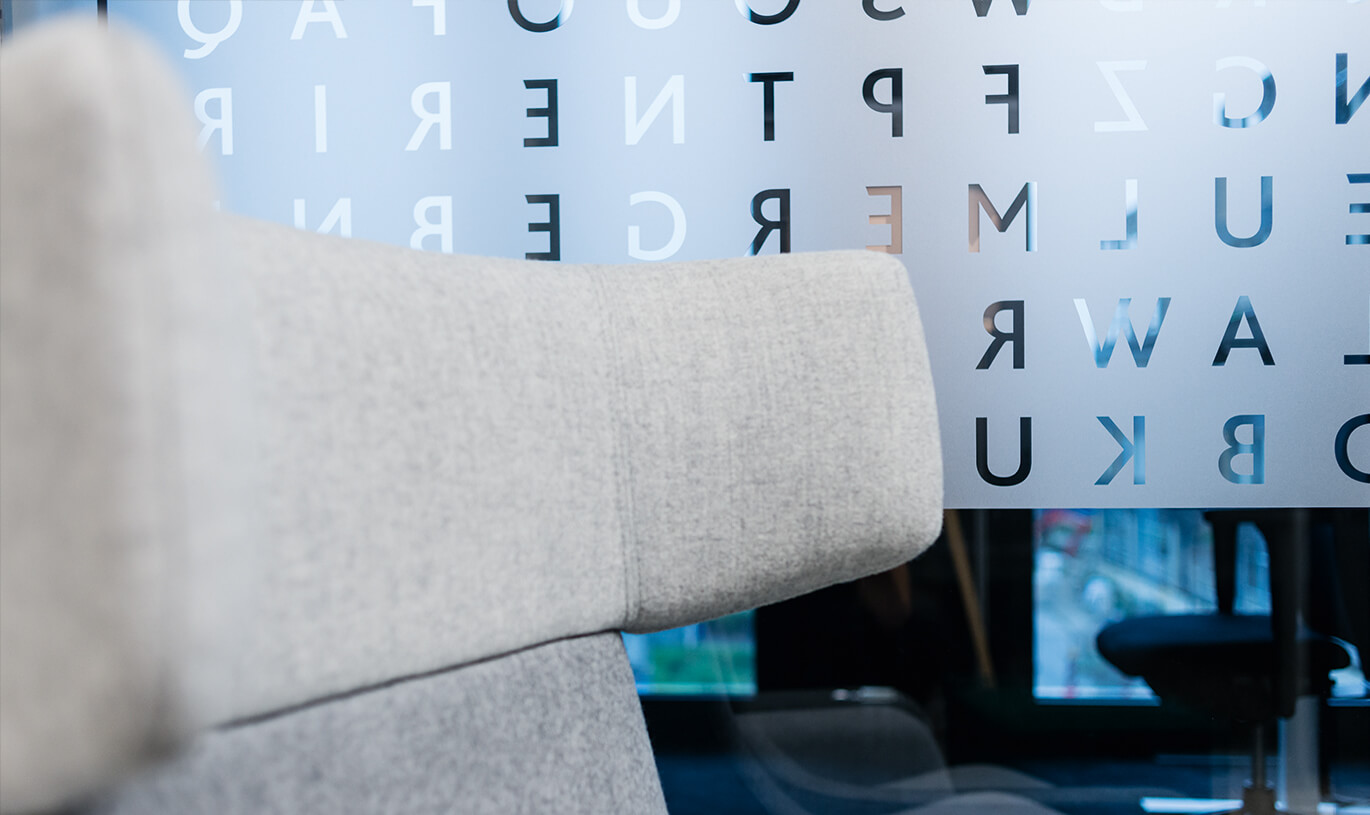 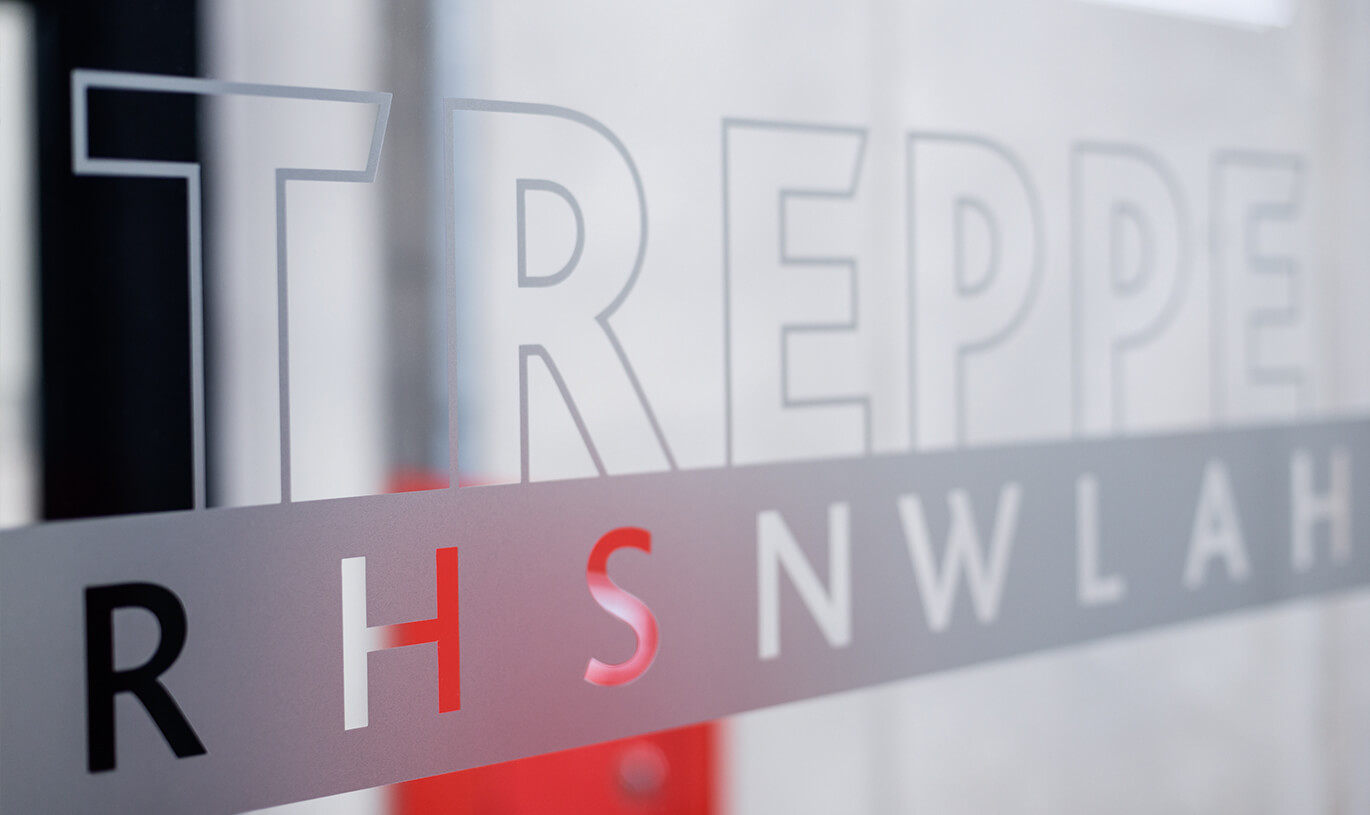 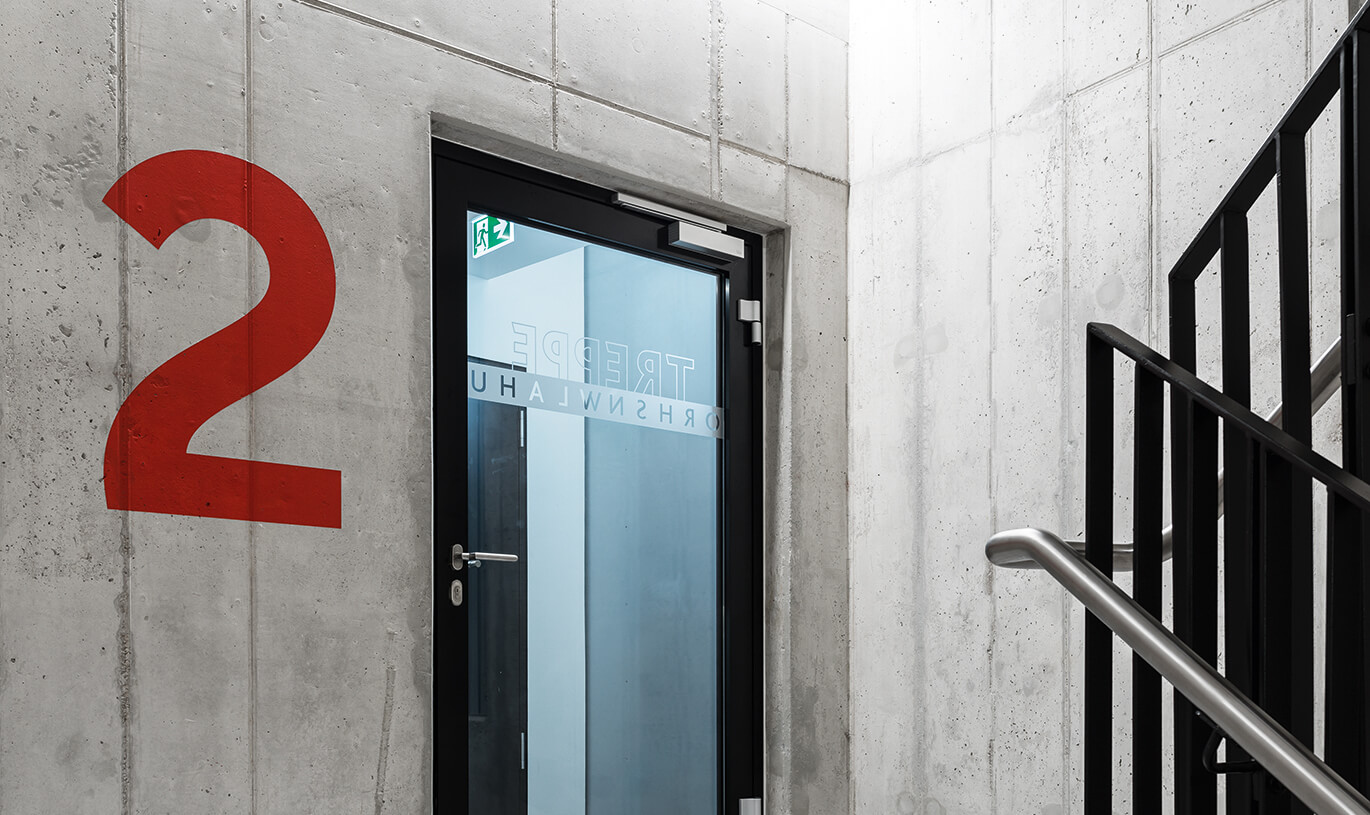 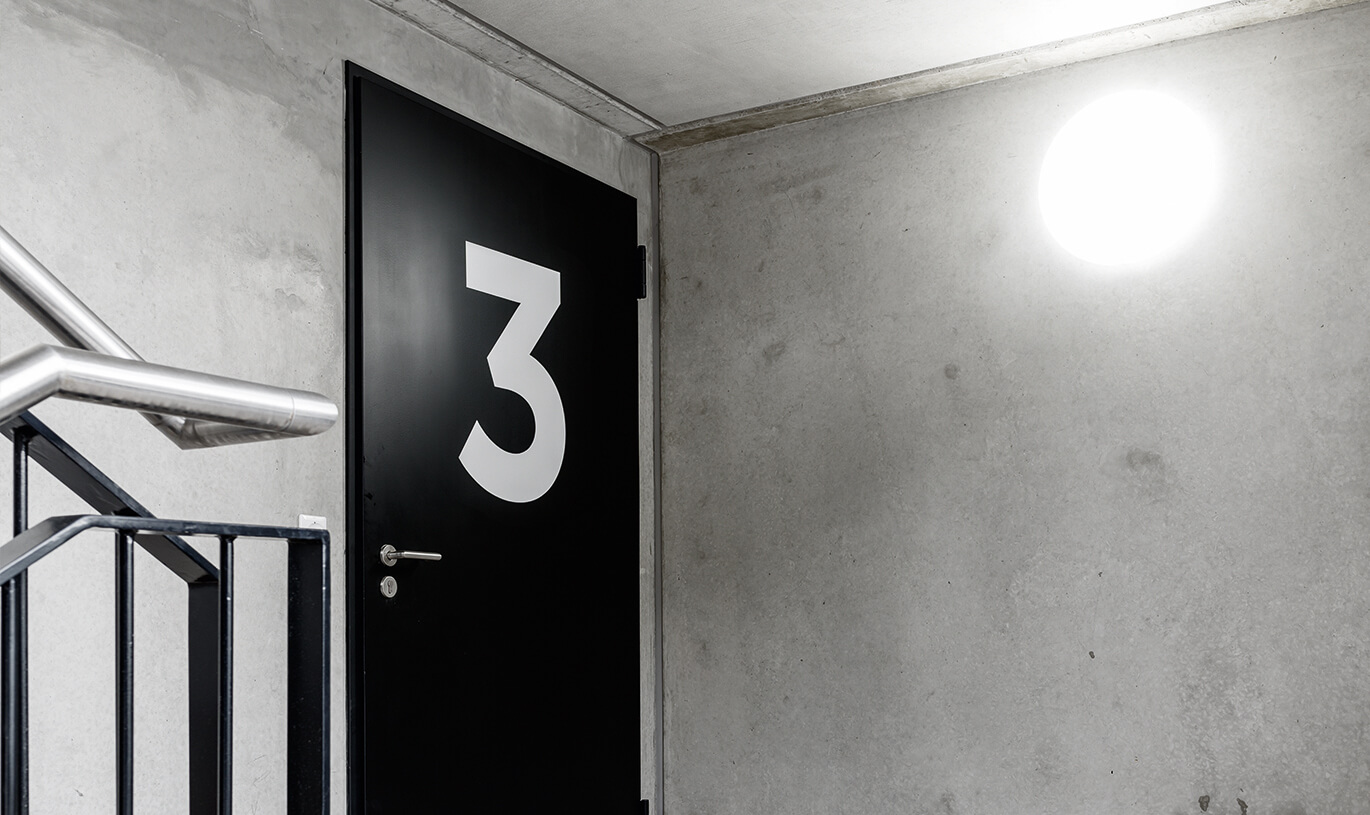 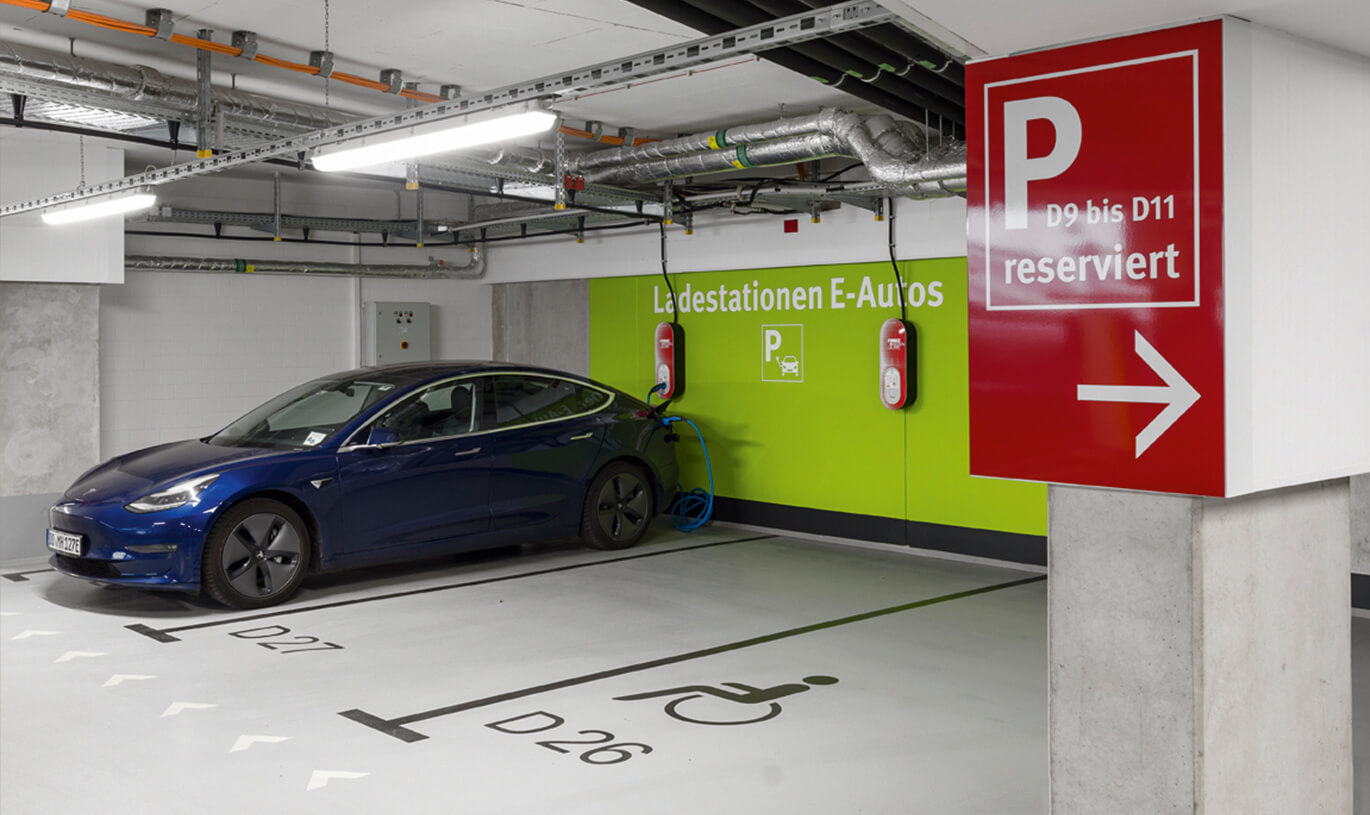